Bedsharing isn’t a “new” thing. Cultures across the world practice bedsharing with a great deal of success. But in today’s Western Society, parents who keep their children close to them during sleep are considered odd. Here are the benefits of bedsharing.

When it comes to bedsharing, sometimes the conversation can be a little uncomfortable. With countless baby books and different advice – oftentimes unwarranted – coming from every parent you encounter, it’s easy to forget how to connect with your own intuition.

In this article, we’re breaking the mold and unpacking the practice of bedsharing. We’ll discuss the good, the bad, and the lovely, to help you feel more confident in choosing a safe sleeping arrangement for your family.

The history of bedsharing and how we got here

Today, many birthing individuals have arrived at a conclusion: bedsharing is not safe for babies. The truth? This sudden shift from our nomadic roots of raising a child didn’t just change overnight. Modern factors along with historical events, cultural values, and affluence have framed the narrative surrounding bedsharing.

Dating back to the Victorian Era, doctors and scientists agreed that disease was spread through contact. To protect infants, the only natural thought was to place them in a more ventilated space. This meant separating the infant from the close confines of the parental bed.

Fast forward to the mid-1900s: solidarity sleep becomes even more popular, with the rise of individualism and the middle class. It became fashionable for parents and children to have separate rooms. Not to mention, formula decreased the constant need for skin-to-skin and nightly interaction.

“When you sleep with a small child, it feels easier to be a parent. You are literally in touch with the infant, not at odds with him.”

As the conversation evolved, a discussion between the relation of SIDS and bedsharing from the Maori population (in a New Zealand Study in 1993) further separated the infant from the parental bed. These are a few isolated events, but the list goes on.

As years pass, the image of infant sleep becomes pictured as this: a baby in their crib, in a separate room. For many birthing individuals, this is perfectly acceptable. They feel validated, comfortable, and safe in this decision. For others, the narrative doesn’t stop here.

What’s the difference between cosleeping and bedsharing? You might have heard the term ‘cosleeping’ as it relates to sleeping with baby. Cosleeping is a term that may include both sleeping on a shared surface or sleeping in proximity to the baby. Bedsharing, on the other hand, involves an infant sharing an adult bed with an adult for sleep.

Sudden Infant Death Syndrome (SIDS): sudden and unexpected death of an infant. Learn more about SIDS and its prevention here.

SIDS and Bedsharing are often discussed together. While this topic might be a frightening discussion for many new parents, it is important to note that there are ways to decrease incidents of SIDS.

In Deborah Jackson’s book Three in Bed, she writes, “At birth, the infant has a natural immunity to cot death (aka SIDS).” She continues by saying, “The reflex is lost after a few weeks. As this happens, the baby ‘re-engages’ with the mother, becoming more dependent on her.”

Studies have shown that Sudden Infant Death Syndrome (SIDS) is less related to bed-sharing and more related to the hazardous situations babies are put in. This includes cosleeping on a couch or unsafe surface, with a regular smoker, or after adult drug or alcohol use. After a New Zealand Study in 1993, it was noted that infants bedsharing with a regular smoker were 4x at risk for SIDS than those that were not.

The Academy of Breastfeeding Medicine offers the following tips for bedsharing:

Unicef UK also adds that special precaution should be taken with babies born underweight or premature.

The benefits of bedsharing

Bedsharing has proven very successful for babies when practiced safely and correctly. In fact, bedsharing has been linked to decreased rates of SIDS and increased breastfeeding success. Yes, you read that right! Here’s how:

Infants are more susceptible to SIDS between 2 and 4 months of age, as they work to regulate their breathing and speech patterns. As babies sleep next to a parent, they react to the emission of carbon dioxide and, in turn, increase the chance of brainstem and breathing reflexes.

Babies are prone to waking often. This is normal. However, when babies stir in bed with parents, they are more likely to return to sleep and remain warm. REM sleep aids in infant memory, the ability to learn, and infant weight gain.

Infants lose body heat much faster than adults. In a paternal bed, a baby’s core temperature is warmer than when left alone in a separate room.

The parental advantages of bedsharing

Bedsharing isn’t just beneficial for baby. Here are just a few of the many advantages for parents:

An important note: co-sleeping and bedsharing are not for everyone. Please talk to your child’s pediatrician and take the time to look into safe-sleeping arrangements that work best for your family. 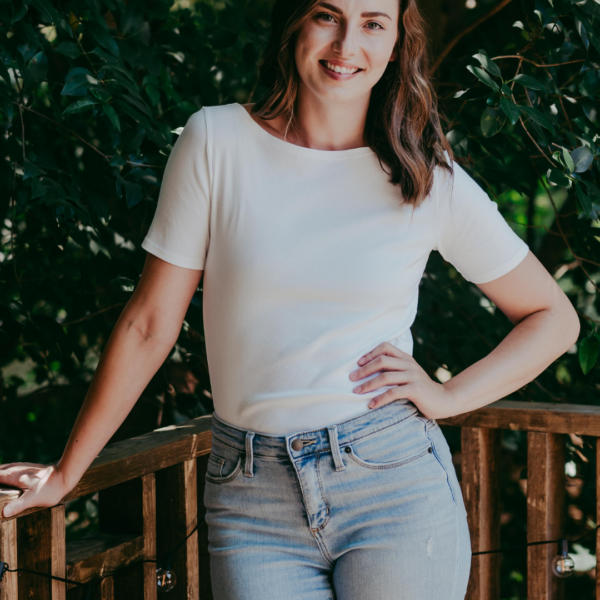 Doula and Founder, The Postpartum Period

Julia is a Postpartum Doula and Founder of The Postpartum Period - an approachable resource for educating and empowering birthing individuals. After the birth of her daughter, she realized just how little the postpartum period is discussed and how few parents feel supported and cared for during this time. Since, she has made it her passion to help educate, support, and empower birthing individuals. She does this by providing a safe, warm, and comfortable space for new parents to heal and grow.

You’re Not a Bad Mom, It’s Just a Sleep Regression

Constantly Worried About Your Newborn and Their Sleep? Read This

How to Navigate Postpartum in a Pandemic World