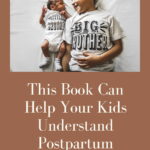 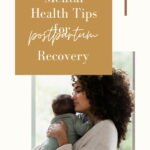 The first time I was hit with postpartum depression, it felt like I was suddenly locked inside an unfamiliar house with floor-to-ceiling views of my old, beautiful life burning down to the ground.

In this new house, I was an actress.

You can’t diagnose it if you don’t know it

Between tending to my cracked and swollen nipples, I changed the baby’s diaper and held the baby close as if I loved him. The guilt I felt over my lack of connection was crushing.

In those first few months, all I talked about was the discomforts of breastfeeding and not producing enough milk. I listened to a 24/7 doom and gloom broadcast in my mind, on top of persistent insomnia and an out-of-whack thyroid.

It was the perfect storm for postpartum depression (PPD) and postpartum anxiety (PPA). The problem was, I didn’t know I had it.

Ever since I was a young child, I have wanted to have children. I read the books, watched the movies, and believed that motherhood was supposed to be difficult but worth it.

Nothing could have prepared me for the reality of having a baby while experiencing untreated PPD/PPA.

People would say, “He’s such a beautiful baby. You should be happy.”  Comments like that taught me to internalize my pain.

My mother told me about a local hospital support group for new moms when the baby was six months old. I begrudgingly – yet quickly – discovered that unloading my darkest thoughts into a room with other struggling moms took me out of my isolation.

It helped me see that I was not alone.

Connecting with others through shared experiences was therapeutic and empowering, no matter how painful. I realized that talking about the struggle of motherhood was our way out of it.

A temporary return to “normal”

When the baby was a year old, I stopped nursing. I was surprised at how quickly my hormones returned to normal. It felt so good to be myself again.

I decided I would never have another baby to preserve my mental health.

I was content with this decision for four years until I was hit with a surge of hope that I might not experience PPD/PPA again. And even if I did, I would be prepared.

The second time around, I vowed to prioritize my mental health and get into therapy while still pregnant. I came up with a postpartum plan that helped identify my triggers and self-care options. I registered for postpartum support groups in advance.

The most important thing I learned from my first experience with PPD/PPA was that it eventually improved. I recovered.

My oldest had just turned five when I was heavily pregnant with baby number two. I knew it was time to start the dialogue about PPD/PPA with my family.

I felt that my son was old enough to have these conversations. It was vital for me to address issues proactively instead of reactively.  In 2020, when I searched for picture books on postpartum depression, I expected tons of options because, according to the March of Dimes, PPD “affects up to one in seven women.”

I could not find a single book to help explain postpartum depression to my older child. Not one.

After ranting to my husband this was unacceptable, I decided to write a story for my family. I drew upon my professional experiences as a school-based speech therapist.

At work, I used social stories to explain complex concepts to children. I also needed to make sure it was a hopeful story that would capture my son’s imagination and include supportive communication strategies for families trying to navigate PPD/PPA.

At the time, my son loved building rocket ships. I thought that using a rocket ship was an excellent metaphor for the journey of becoming an older sibling and a mother’s journey through postpartum depression.

I did experience PPD/PPA again, but it never rocked my world the way it did after my first baby, when I had no idea what resources existed or that I needed them.

I stuck to my plan of prioritizing my mental health. This included taking extended maternity leave and participating in virtual therapy from the moment I gave birth. I did not feel guilty when I needed to escape my house for a few minutes or a few hours.

When I fantasized about my old life, it didn’t mean I was crazy. It just told me I needed to do something that gave me joy. To help me remember that life is more than being a mother. The fantasies were like the gas indicator inside a car signaling it was time to refuel.

As I neared the end of developing my book, I stopped nursing. I was able to identify the hormonal fluctuations of nursing as a massive trigger for my postpartum depression.

A children’s book on postpartum depression

Eventually, I went back to work full time, but I kept working with my children’s picture book – The Little Blue Rocket Ship: A Story About Postpartum Depression – until it was complete.

It was challenging but worth it, and finally, after six years of being a mother, this concept began making sense to me.

I encourage all new moms to seek the help and resources they need to navigate motherhood and possibly PPD/PPA. If the resource doesn’t exist, consider creating it.

Having experienced postpartum depression herself, and when a second child was on the way, Jessica searched for a children’s picture book to read with her five-year old son about the changes their family could face. Unable to find a book like this, she decided to write THE LITTLE BLUE ROCKET SHIP: A STORY ABOUT POSTPARTUM DEPRESSION. Jessica lives with her family in New York, where she works as a gluten-free pizza critic. Just kidding. She has a background in working with children as a speech therapist and currently works in school administration.

The Birth Partner: How to Be a Good Support Person During Birth

An Honest Preterm Labor Story (and Tools that Can Help You)

When It’s Time To Ask for Pelvic Floor Support

A Closer Look at Common Pelvic Floor Issues in Postpartum