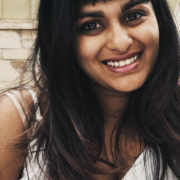 Manu Brune is a mom of 2 boys under the age of 2, a Postpartum Doula, and a Pediatric Sleep Consultant. After having her first child, Manu realized that motherhood was nothing like it's made out to be in the movies, and endless questions, sleepless nights, and crazy hormones were all normal. Manu would have been lost in her postpartum journey with her firstborn if not for a close friend. Still struggling with sleep issues and anxiety seven months later, Manu realized there had to be a better way to experience postpartum. Thus, Beyond Birth Basics and The Postpartum Secrets Masterclass were formed.

It’s not always love at first sight when you meet your baby. That bond may…