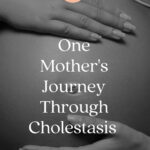 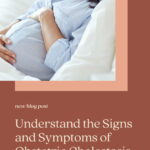 Intrahepatic Cholestasis of Pregnancy is a severe disorder that can develop during pregnancy and requires immediate care, so it’s essential to know the signs and symptoms. Here is one mom’s story.

ICP affects the liver and is a liver condition. It is a serious condition that requires immediate medical care and, according to March of Dimes, “can increase your risk for problems, including premature birth, stillbirth and heavy bleeding after birth.”

If you suspect you have ICP or are concerned by your symptoms in any way, please contact your care provider immediately.

If you are concerned about ICP or want to learn more about the common warning signs and symptoms, they are:

One mom’s story with ICP

My name is Ashley Bonnes; I am the Illinois Ambassador for ICP Care. My ICP (Intrahepatic Cholestasis of Pregnancy) story started in 2018 while pregnant with our son.

I’d just been diagnosed with gestational diabetes at 28 weeks – I didn’t know it then, but that is a risk of ICP. Only two weeks later – at 30 weeks, I first felt itching while traveling.

I was staying in a hotel and was worried it might be bed bugs, so I ripped back the sheets but didn’t see anything. I looked up my symptoms online and discovered ICP. The thought of what it could be was terrifying.

I decided to call my doctor as soon as I got home, but the itching stopped. It was also around this time that I started experiencing what I thought was heartburn, but another symptom of ICP is upper right quadrant pain that can mimic heartburn (no wonder nothing was helping!).

About three weeks later, I felt itching again, and this time I sent a message to my care team right away. I sent the message via our patient portal, but instead of responding via message, they called me back right away.

They had me come in immediately to get tested.

The test took a few days because only a few labs in the country run this test. While waiting for my results, at 33 weeks and five days, I went into labor for the first time.

I tried telling myself it was just Braxton Hicks, but I was having lunch with my mom, and she encouraged me to time the contractions. When I realized I was having consistent contractions pretty close together, I went to the hospital, and they confirmed I was, in fact, in labor.

Fortunately, they were able to stop it and gave me steroids and surfactants (did you know it was developed through funding from March of Dimes?) to help our baby.

While in the hospital, I received positive results for ICP with bile acid levels of 107.

I was put on bed rest until my scheduled induction at 37 weeks. Now, ACOG recommends 36 weeks, given my high bile acids. I didn’t make it that long, though. I went into labor again and delivered our son at 35 weeks and three days. His birth was fast and furious.

I’d been constipated since first going into labor and thought the sharp, consistent pain I was experiencing resulted from that. When I saw some blood, we decided to go to the hospital. When I got there, I discovered I was fully dilated and had to deliver immediately.

When I realized I was having consistent contractions pretty close together, I went to the hospital, and they confirmed I was, in fact, in labor.

Our son’s heart rate was high, so they wanted him out fast – no time for an epidural. His shoulder was stuck, so I had to have an episiotomy. When he was born, he’d passed meconium, and there was a concern of aspiration (more risks of ICP), but we were lucky. He turned out to be just fine.

They gave him one puff of supplemental oxygen and observed him in the nursery for the required eight hours, but he didn’t need to be in the NICU. On the other hand, I had retained placenta, ended up with severe postpartum hemorrhaging – yet another risk of ICP – and required a blood transfusion, and had to have a D&C.

Read next: The Anxiety of Having Your Baby in the NICU

A baby boy is born

Our son was born at 5lbs 5oz; by the time he was two months old, he’d doubled in size. He’s now a happy and energetic 4-year-old, and we are both doing well. My journey with ICP was such a traumatic experience and something I’d never wish on anyone.

And although we were so lucky our son didn’t have to be in the NICU; I’ll never get those 8 hours back that he was under observation and I was in surgery and recovery. 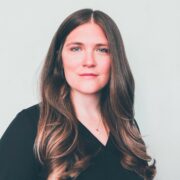 My goal as an ICP Care Ambassador is to help prevent traumatic experiences for others. This is a condition I had no idea about, and it has such serious effects for mom and baby. I want to do what I can to help others that may end up in the same situation.

What Is the Difference Between a Midwife and an OB-GYN?

A Partner’s Guide: How to Support Your Pregnant Wife

The Emotional Aspects of Infertility (And the Impact on Relationships)

An Honest Preterm Labor Story (and Tools that Can Help You)