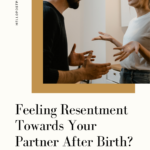 While it can be a surprising and unexpected feeling after giving birth, resentment towards your husband or wife is common. Keep reading to learn why and how to navigate it effectively.

Everything changes after giving birth or bringing home a baby.

One of the areas that – to many new parents’ surprise – shifts the most is the relationship between the two new parents. Often, feelings of resentment can creep in, sometimes unknowingly until it’s too late and a major blowout fight ensues.

Feeling resentment? You’re not alone. Here’s why you’re feeling this way and how to get through it.

Read next: How to Avoid a Relationship Meltdown After Baby

One mom’s story on resentment

“I’m so tired – do you mind doing the kids’ bedtime tonight?” My husband asked on a recent Tuesday evening.

He had gotten home from work a bit later than usual after meeting up with a friend, and he had a call the following day that would require him to wake up even earlier than his regular 6 am alarm clock.

Did I mind? Well, I didn’t not mind. I had been up since 6 am myself to have coffee and put away clothes that had been piling up after countless laundry loads – a chore, yes, but the only opportunity I had to peacefully listen to a podcast before our 5- and 3-year-olds woke up.

Then I got them both dressed, fed, and ready for school (“No, kiddo, you can’t have a cookie for breakfast. Five more minutes! Please eat the chicken I’m putting in your lunchbox before eating the crackers. Have you gone to the bathroom yet? We have two more minutes! Don’t forget your mask.”).

After drop-off, I met with clients from my home office, went grocery shopping for the next day’s meals, and scheduled dentist appointments. I thought about doing a quick workout but didn’t.

I confirmed weekend double-date dinner plans and texted the babysitter to arrange childcare. I picked up my daughter from school and took her to an appointment, and returned home for another virtual meeting with a client before giving my son a bath per his request.

It was 7:30 pm (relatively early for my kids) when my husband made his request, and I still had therapy notes to write, PTA emails to respond to, and the latest episode of The Bachelorette to watch.

I felt a quick pang of annoyance, affection, and anger all at once. I wanted to spend time with my kids and my husband but knew that engaging in our regular nighttime routine would push my own alone time back a couple more hours.

I empathized with my husband’s exhaustion because I, too, was tired and knew what it was like to crave a good night’s sleep after a long day of working hard.

I felt guilty for wanting to disappear.

I felt underappreciated for having worked and dealt with domestic tasks all day, while he was more of an independent person and made time for friends.

It hit me all at once: I felt resentment.

A closer look at resentment in relationships

Studies show that the transition to parenthood can negatively impact marital and other relationships due to the stressful and sudden changes involved in having a new baby (and, of course, getting very little sleep).

Perinatal mood and anxiety disorders, including postpartum depression, can affect up to 1 in 5 women and exacerbate risk factors for these disorders.

When new moms resent their partners, the perceived or actual lack of support they are experiencing can have significant consequences to their mental health and happiness.

Many of the moms I work with feel like their spouses just don’t get it, and they resent them for that. Their husbands don’t understand – and can’t – what it’s like to feel like your body is not your own, still, and how lucky they are to not even think about which clothes still fit in the weeks and months following delivery or would be best to hide leaky breasts.

I’ve heard women say things like: “I’ve made so many sacrifices to get pregnant, carry the child, and care for our newborn. When he says he would be making a sacrifice to pick up the baby one day a week from daycare, I want to scream.”

It can be infuriating when a father comes home from work during a mom’s maternity leave and assumes she barely did anything all day (one of the many reasons why dads need to get and take parental leave themselves!).

These issues are not just common in the newly postpartum period – mamas of kids of all ages (including those who work for pay and those who don’t) often feel resentment towards their partners who don’t seem to value their time as highly as they value their own.

“My husband’s office was closed for a semi-recognized federal holiday recently,” one mom told me.

“So was the kids’ school, but I still had to work. Instead of thinking about the childcare we needed to arrange and how he could contribute, he made plans to play golf. When I got pissed, he made me feel like it was wrong to give him a hard time during a rare day off for him. But what about me?”

Activist, organizational management expert, and Harvard-trained lawyer Eve Rodsky explores the notion that resentment is the absence of fairness in her best-selling book Fair Play.

She explains that women’s resentment peaks the more lopsided the division of labor is at home. And for things to be fair, they do not necessarily need to be equal but instead systematically divided based on needs and preferences.

As a certified Fair Play facilitator, I help individuals and couples implement this method into their own lives to alleviate resentment and lighten maternal mental load.

Of course, it’s not only heterosexual, cisgender couples that may feel resentment and exhaustion once a baby joins the family. All parents experience an identity shift of sorts upon becoming parents.

And it’s not necessarily dads’ fault that they often don’t get it – American cultural norms socialize them to value women’s (and moms’) time as less important than theirs.

Plus, moms are socialized (and often basically forced by private parental leave policies) to be the “primary caregiver,” leading to maternal gatekeeping in which they are reluctant to relinquish responsibility for family matters because they feel they know baby best or that it would be easier to do a task themselves.

So, there is a lot of work to be done to overcome resentment. But we can start by talking about it.

Communication goes a long way: for example, research shows that in both same-sex and different-sex couples, those who have conversations about the divisions of household responsibilities have a higher satisfaction with the division of labor (and therefore less resentment within the couple) than those who do not explicitly address such concerns.

Read next: A Guide on Couple-Based Communication After Birth

The night my husband asked me to handle bedtime, I said sure and thought about why I felt the way I did. I chose to talk about it with my feminist, fiercely loving partner and co-parent the next day.

Neither of us is perfect, but I was able to go from resenting him to respecting him, and he likewise respected how I felt.

Please know that you are not alone if the idea of resentment resonates with you – it is possible to feel better with the right approach and support. The first step is realizing what you’re feeling and then working to understand the why. 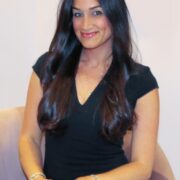 Lauren A. Tetenbaum, LMSW, JD, PMH-C is a mother, therapist certified in perinatal mental health, and working parent advocate and coach. Her mission is to build community and connection, especially among new mothers and others in need of support. A licensed social worker and attorney, she spent a decade in the legal industry supporting individuals facing various life transitions. Lauren currently uses her experience, empathy, and emotional intelligence to empower others through psychoeducational parent support groups and through counseling and consulting services. Lauren has been featured on several parental wellness platforms and is actively involved in numerous efforts benefitting at-risk families in her area and abroad. Learn more at www.LATCounseling.com.

Six Supportive Things Say to Someone Who Has Had a Miscarriage

Experiencing a Relationship Breakdown After Baby? Listen In

A Partner’s Guide: How to Support Your Pregnant Wife

No Interest in Sex After Having a Baby? Here’s How to Ease Back In (If You Want)

Five Ways Your Partner Can Support You During Postpartum