Under the care of a certified nurse-midwife, at the birth center, with a doula by my side.

That’s how I envisioned the birth of my son happening. At 24 weeks, I moved my care from the hospital to a certified nurse-midwife (CNM) at a freestanding birth center about thirty minutes from my house.

My pregnancy was considered low-risk, and I am a healthy woman, so I felt extremely confident in my decision and was captivated by the idea of giving birth with minimal drugs and unnecessary interventions.

Little did I know, there were other plans in store for me.

Note: if you aren’t interested in reading the full backstory, you can jump ahead to the birth section!

At about 30 weeks, I discovered that Landon was in the Frank Breech position but I was assured that he still had plenty of time to make his way head down to the ideal birthing position. After a few weeks had passed and our worries about his current position grew, I began to try all of the things deemed safe to encourage a baby to flip head down.

At my 34 week appointment, I noticed that I had a change in my discharge. My midwife told me that this increase in watery discharge was a sign of my hormones shifting, something that didn’t normally happen until week 38 or 39 of pregnancy. Due to this suspected shift, she decided to check my cervix and found that I was 2 cm dilated and about 80% effaced.

Yes, plenty of women walk around dilated for weeks and weeks, but it was the effacement that was concerning. I decided to take it easy, and we bumped up my 36-week appointment to the following week to do my Group B Strep test and keep an eye on my cervix.

At my 36 week appointment (keep in mind I’m 35 weeks now), I discovered that I was in pre-term labor. The Braxton Hicks contractions I was experiencing weren’t all Braxton Hicks and, in fact, were causing changes to my cervix. I headed next door to the L&D Triage at the hospital and stayed for evaluation.

Quite quickly, the words “emergency c-section” and “NICU” were thrown around.

I was injected with a series of steroid shots to help Landon’s lungs develop should he appear pre-term. I was also given a high-blood-pressure medication to help slow (and ideally stop) my contractions.

Thankfully, the medication worked. Within hours, my contractions stopped, and my cervix lengthened back out.

From there, I spoke with an MFM (maternal-fetal medicine) doctor about attempting an ECV (external cephalic version) to flip Landon into the head-down position. After discussing the risks, we decided to schedule the procedure for Christmas Eve morning.

On the morning of my procedure, I tried to stay as calm as possible. I knew there was only about a 50% chance of the ECV being successful, but I wanted to do everything I could to get Landon into the head-down position. A c-section was quickly looming over me and becoming more and more a reality.

Unfortunately, the ECV didn’t work. His heart rate dropped (which is a known risk with this procedure) and, thankfully, quickly recovered. We decided to call it quits after his first deceleration, as the risk wasn’t worth it for anyone. Not to mention, the procedure was the most painful experience I had ever endured. I had tears streaming down my face, even with the drugs administered to relax my uterus.

From there, I scheduled a c-section for January 8th. I quite quickly was hit with the reality that my birth experience was going to take a completely different turn, and I found myself grieving the loss of a vaginal birth experience. Yes, I wanted to do what was safest for our baby, but still, a part of me felt powerfully bittersweet.

The birth of our son

Christmas came and went, and I felt increasingly uncomfortable.

Over those few days, I had on and off contractions, but nothing rhythmic or painful. On the morning of December 29th, I woke up with a pounding migraine that I chalked up to being pregnant and continued to sleep for most of the day.

The following day, I headed to my midwife appointment as usual. My mom and husband were with me – my mom wanted to go to Nordstrom Rack, and my husband had a massage booked at my birth center.

I told my midwife that I was feeling a lot of pinching in my cervix and mentioned my migraine. Instantly, she knew it was time to recheck my cervix. After checking, she discovered that I was 4 cm dilated and 90% effaced with a bloody show that wouldn’t let up.

We quickly hopped in the car to drive the one block to the hospital (I drove – ha!), and I made my husband finish up his massage. I figured at least one of us should be relaxed as possible!

Upon arriving at the hospital, I declined a cervix exam and was told to get up and walk for an hour. Before getting up to roam the halls, they did a rapid test to check for amniotic fluid. I walked for about 30 minutes before I felt like I was holding this baby in with my hands. Around 3:30 I got back to triage and I was met by a nurse who quickly and excitedly told me, “you’re ruptured.”

Oh, shit. That migraine was caused by my water breaking and triggered a huge shift in hormones. I had zero signs of rupture that I could tell, aside from a bit of watery discharge that didn’t seem too out of the ordinary. Trust me, there’s not always a huge gush of water like the movies! That means my water had been broken for approximately 36 hours – eek!

As someone who has never had a significant surgery in her life and has a fear of hospitals, I found myself relatively calm and collected. I think I was so focused on meeting our son and getting him safely into the world to let my fear take over.

Did you know that you’re fully conscious for a c-section?

Yup! Just an epidural and a lot of courage to get you through.

The surgery itself was surreal. Talk about an out of body experience. Thankfully, the hospital I delivered at is “baby-friendly” and a lot of my requests for a gentle c-section were not only honored, but also standard procedure.

After getting situated, the surgery quickly got underway. To my complete surprise, it was quick and painless – just a lot of pressure, tugging and pulling.

Within just a few quick (but loooong) minutes, our sweet Landon was brought into the world at 4:48 PM, weighing 7 lb. 11 oz. He came into this world peeing, screaming, and butt first at exactly 38 weeks on December 30th, 2019.

The first words out of my mouth were, “he’s so handsome,” and I instantly felt the sensation that the best part of me was out in the world, starting a life of his own.

Since he was breech for so long, his legs were folded over his head for a solid 72 hours. A month later, he’s fully straightened out.

Today, my staples have been removed, and my scar is a constant reminder of the life that once lived inside of me. Every time I look at Landon, I’m reminded of how powerfully capable we are as women. Of what we will sacrifice without hesitation, no matter the fear or worries we feel inside.

My sweet Landon, it might have taken us over 24 hours to name you, but it’s been you I’ve felt inside all along. It was always you. 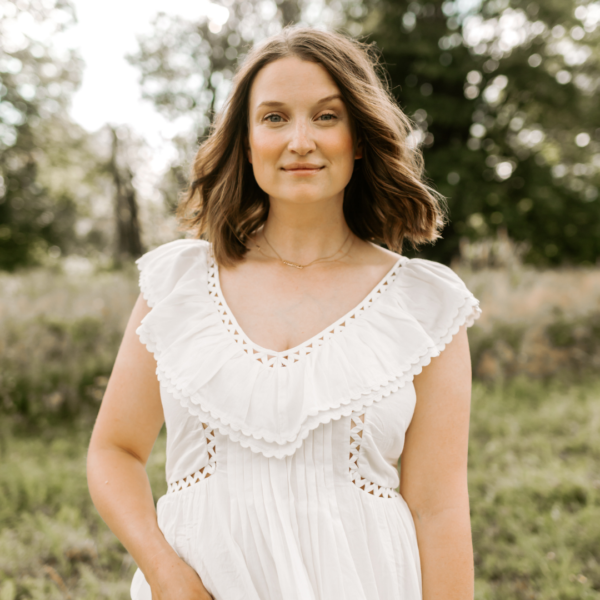 Carley Schweet is a self-care author and writer at Carley Schweet and the founder of Hello Postpartum. She’s passionate about redefining what self-care really means for mothers. Through her work, she hopes to inspire women to fill the gaps in their self-care practices with confidence and sustainability. Her work is featured on major media outlets such as FabFitFun, MindBodyGreen, Bustle, Hello Giggles, and Elite Daily.

How to Set Boundaries With Family After Baby is Born

A Midwife Shares How to Prepare for a Successful VBAC

What Is a Traumatic Birth? Understanding the Steps to Heal